Home / In evidenza / A tribute to two journalists

A tribute to two journalists 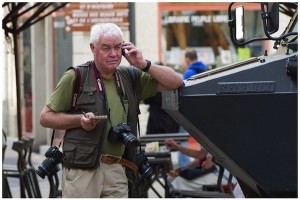 (di Anthony Brown) – Today, I am taking some time to remember and honour my deceased friend Yves Debay (foto sopra) who passed away on Thursday 17 January. Rather than become melancholy as I mourn his loss, I attempt to do something positive to commemorate his life, and how meaningful his friendship was to me.
Belgian-born French journalist, Yves Debay was shot once in the head and once in the chest in Aleppo, reported Reuters. Yves Debay, a French journalist reporting for the magazine Assaut, was shot by a sniper in Aleppo. Debay’s death marked the first journalist killed in Syria in 2013, according to CPJ research. (Yves Debay)
All of a sudden I can see the image of a giant with blond hair and his reddish face of a very turbulent youngster, dressing his military pants kaki and always carrying his cameras. A 58 year old man who became a journalist after having fought in Rhodesia it is true but whose straightforwardness and sincerity was above all. I keep in my memory the image of a man who was generous and who lived with passion his life.
My thoughts would always go back to the last time we had the chance to have a meaningful conversation in late December of 2000 when I got to know Yves in Kosovo on a very cold day when he arrived in Pristina with an old car with a side window that could not get closed.
But we had a very good time and we toured the country reporting on the living conditions of the local population with no prejudice. I was very much impressed by the way he was playing with the children. In the following years, I could recognize the same beautiful smile on his face when he was posting his pictures taken in different places of the planet always together with common people and with some children.
Some months later, on the 29 March 2001, a British journalist was killed near the Kosovo-Macedonia border as he arrived to cover the deployment of Nato-led peacekeepers monitoring fighting between Macedonian troops and ethnic Albanian rebels. Kerem Lawton, 30, working for Associated Press Television News (APTN), died of shrapnel wounds he suffered when a shell hit his vehicle in the village of Krivenik. Kerem was a good friend too. We got along very well together in Pristina. He was very kind, I remember, and generous, like Yves.
24 Journalists were Killed in 2000 according to Committee to protect journalists (24 Journalists Killed in 2000); Reporters Without Borders, says at least 20 professional journalists have been killed in Syria’s 22-month conflict (Syria two journalists shot dead in space) and 722 from the year 2001 (Freedom barometer journalists killed).
A death toll incredibly high that journalists are paying to allow the press to be free and accurate.
If it is true that the test of a great mentor is how those he influenced carry on in his absence, well, Yves, Kerem I’ll never forget you. 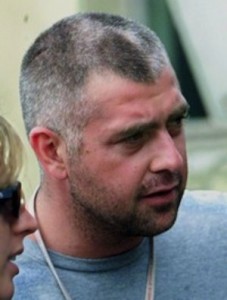 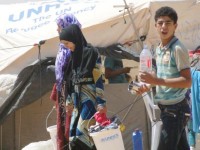