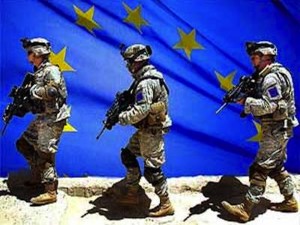 (by Anthony Brown) – Claude-France Arnould, Chief Executive at the European Defence Agency, explaining the title of this year’s annual conference of the European Defence Agency, “European defence matters” stated in her speech that it is one that is wholly appropriate as the defence community prepares for Heads of States and Government discussing defence topics at the European Council at the end of the year. She also added that this conference would serve as an important platform to prepare and shape that key event.
The reason for this was explained in depth both by Herman Van Rompuy, President of the European Council, and by Catherine Ashton, High Representative of the Union for Foreign Affairs & Security Policy, Vice-President of the European Commission and Head of the European Defence Agency.
The two authorities recognized that the international security environment has changed profoundly in recent decades in a way that requires a new, more co-ordinated response to emerging threats. They also acknowledged that if we wish to safeguard the security of individual Member States and that of the Union, then active and positive engagement is required by all concerned in the EU’s Common Security and Defence Policy.
This applies equally in relation to the EU playing a meaningful role in international peacekeeping and crisis management.
And the threats and challenges the EU faces in the global security environment were clearly outlined in the 2003 European Security Strategy, which was updated in 2008.  The list of threats are still valid today and are real and substantial threats to the security of individual EU Member States, and the Union as a whole.
The European Council on Defence meeting in December will provide the Union, for the first time in four years, with the opportunity to address defence related issues at the highest political level. While the fiscal and sovereign debt crisis has necessarily been the primary focus for Heads of State and Government over the past few years, we now have the opportunity, prior to the European Council meeting, to discuss and agree on the key defence issues that should be prioritised at this meeting.
In this light, the work of the EDA which leads to improved market efficiencies, potentially yielding economies of scale for equipment procurement for the National Armed Forces throughout Europe. EDA also provides opportunities for European enterprise, given the increasing convergence in the research activities of both the civil security sector and the military sector.
These strands will come together in the European Council at the end of this year, at which EU Heads of States and Governments will discuss defence. And it needs to use the whole spectrum of tools at its disposal: short- and long-term, security, political and development. And, of course, defence.
The long-standing engagement of the European Union in Somalia and the Horn of Africa brought greater security to the region and has contributed to dramatically reducing piracy.
Similarly, our support to Mali and the Sahel should also be seen in the context of the comprehensive European engagement.
It is very clear that Europe needs to be able to act rapidly, including through military means. To be able to act, we need capabilities. And the development of capabilities is at a critical juncture in Europe.
The current economic crisis also has implications for Europe’s defence industrial base but it would be unrealistic to expect overall European defence budgets to suddenly increase.
We have to do better with our existing resources and capabilities through cooperation, including through Pooling & Sharing. Cooperation provides an opportunity for European nations to acquire together what is out of reach individually.
But the capabilities of tomorrow require investment in Research & Technology today. R&T will not only determine whether our forces have the cutting-edge technologies required to carry out future operations successfully, but also European industry’s future competitiveness.
A competitive European Defence Technological and Industrial Base is vital to ensure that Europe is able to respond to security and defence challenges, now and in the future.
The EU needs to remain a credible security and defence player on the world stage. It needs to be able to act, and to do so decisively, to carry out its missions successfully.
In this regard, we need to adopt and promote, at the highest level, the concept of International Peacekeeping and Crisis Management as a common good which contributes to all of our security.
The transition from a national to a collaborative approach is fundamentally about a change of mindset.
The European Council provides EU Member States with a unique opportunity to articulate the role CSDP can play on the international stage and how we can effectively coordinate this at EU level. Articulating and coordinating this role needs a true political commitment. This must be our objective as we look to the European Council discussion towards the end of this year.
The world of tomorrow is not waiting for us to get our act together today. 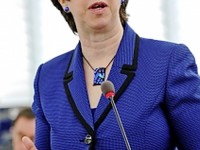