The Council on June 23 approved the concept for a mission under the EU’s Common Security and Defence Policy to assist Ukraine in the reform of the civilian security sector,
police and the rule of law, and gave political backing to its set-up.
The mission would provide strategic advice for the development of sustainable, accountable and efficient security services that contribute to strengthening the rule of law in Ukraine. EU advisers would initially focus on supporting the relevant Ukrainian bodies in the elaboration of revised security strategies, in coordination and coherence with other EU efforts, as well as with the OSCE and other international partners.
EU High Representative for Foreign Affairs and Security Policy Catherine Ashton said: “Ukraine has requested the EU’s support as it is embarking on the critical path of civilian security sector reform. Our mission would offer European expertise to assist Ukrainian
authorities in improving the management of efficient and fair law enforcement under democratic control. Today’s decision demonstrates the solidity of the EU’s commitment to stability and the rule of law in Ukraine, with the aim to help create a modern security sector that lives up to the expectations of all Ukrainian citizens.”
The headquarters of the mission is to be in Kyiv, but regional outreach to support advisory tasks is planned as soon as feasible. The initial mandate of the mission would last two years.
Today’s decision initiates operational planning and other preparations with a view to an early establishment of the mission. An advance team for the mission is due to deploy in a few weeks. Legal acts will be required to formally constitute the mission and launch its operations. 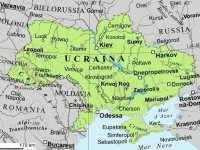