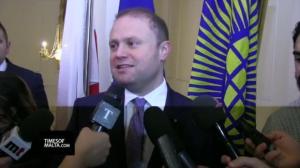 Malta is prepared to provide logistical support for a UN-mandated peacekeeping mission in Libya, Prime Minister Joseph Muscat was quoting as saying in Sunday newspapers.
His pledge comes as Italy signalled its willingness to send troops to the embattled North African state in the wake of dramatic developments that have seen Islamic State stake a claim on the coastal town of Sirte.
“I don‘t feel we have the capacity to be committing troops but we are definitely looking at the possibility of offering logistical support,” Muscat told The Sunday Times of Malta newspaper.
The Maltese prime minister also told Malta Today newspaper that Europe and the world cannot expect things to fall into place in Libya, admitting that the UN-mediated Geneva peace talks between rival factions in Libya were not going far.
On Saturday night, the government in Valletta instructed the Maltese Saint James‘ hospital to pull down its shutters in Tripoli. Two weeks ago, the Maltese-owned Corinthia Hotel was at the centre of a terrorist attack, which left 10 people dead.
Despite the rough seas, hundreds of migrants are fleeing Libya aboard dinghies as the threat of extremist violence intensifies.
Malta is the closest EU state to Libya. In 2011, it served as a major base for logistical support to evacuate thousands of expats in the wake of the uprising against former Libyan leader Moamer Gaddafi.