Home / Esteri / Sahel Region: a decisive factor in the European quest for diversification of gas supply

Sahel Region: a decisive factor in the European quest for diversification of gas supply

(di Anthony Brown) – In a world facing an ever growing need of energy still produced with fossil products, coupled with a great instability in the Middle East, has made Africa become a stakeholder in the global energy market.
More in detail and focusing on Western Africa, Nigeria holds Africa’s biggest natural gas reserves that are sound to Europe. Besides, the country is well determined to become a major international player in the international gas market http://www.nigeriafirst.org/article_8178.shtml and after the success of the West African Gas Pipeline (WAGP), feeding with an offshore pipeline system Benin, Ghana and Togo (http://www.wagpco.com/index.php?option=com_content&view=article&id=122&Itemid=84&lang=en) Nigeria is trying to expand to Europe using a different mean of transport than tankers.
This could be worked out taking also into consideration the fact that Niger became one of Africa’s newest oil producers last November with the inauguration of its Soraz refinery, a $5 billion joint venture with China National Petroleum Corporation (CNPC) near Zinder, around 900 km east of the capital Niamey.
But the real challenge is the implementation of the so called F44 trans saharan pipeline leading to Algeria through Niger http://www.theodora.com/pipelines/nigeria_oil_gas_and_products_pipelines_map.html.
The mentioned Trans-Saharan Gas Pipeline (TSGP) is a proposed natural gas pipeline from Nigeria to Algeria designed to supply Europe by connecting to the existing Trans- Mediterranean, Maghreb-Europe, Medgaz (Spain) and Galsi pipelines across the Mediterranean coast (Italy) http://epubs.utah.edu/index.php/jlrel/article/viewFile/476/344.
hus, the Sahel area seems to be a key element in the geopolitics of the overall Maghreb-Sahel sub-region as it represents the main axis linking central Africa to the Mediterranean basin.
This needs to cross a very unstable area stretching from the Atlantic coast to the Red Sea, and covering parts of the territory of Senegal, Mauritania, Mali, Algeria, Niger, Chad, Sudan, South Sudan and Eritrea, many of whose vast territory lies on the edge of an expanding desert and who suffer from the associated problems of chronic droughts, famine and endemic poverty.
It is true that historically Sahelian kingdoms wealth came from controlling the trans-saharian route across the desert. But nowadays, despite the large potential benefits, there are many challenges to working in Sub-Saharan Africa’s. Violence, threats of civil war, weak corporate and national governance structures, and overly stringent fiscal regimes are still keeping investors away from the region. And terrorism feeds off of political and social troubles brought on by failure or stagnation in the economic sphere and the de-territorialization of ethnic and religious identity brought on by globalization and nationalist tendencies. Additionally, Lybia has recently left behind a power vacuum besides leaving its border unattended.
As a final note, China through its national petroleum company has succeeded in expanding the new China belt in Africa known as “SCAAN” (Sudan, Chad, Angola, Algeria and Niger) monopolizing major parts of Eastern Africa.
All this has accelerated an ongoing process aimed at creating a more safe climate for investments in Western Africa in the light of an expanding Continent who wants to increase its relevance in the global economy. 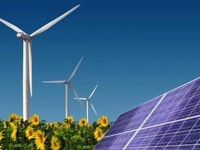 The energy market: the old continent turning its economy into green
agosto 10, 2012
Avatars by Sterling Adventures