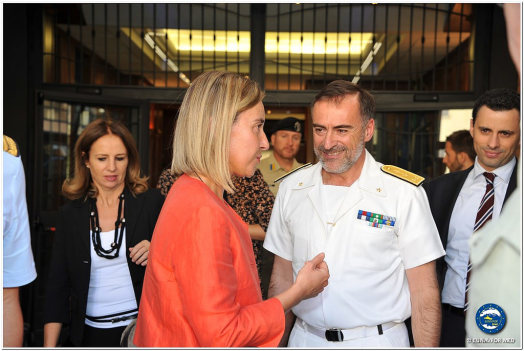 (Anthony Brown) – In October 2014, the Council welcomed the launch by the Commission and Frontex of the EU funded operation Triton. This operation, which was launched on 1 November 2014, aims to reinforce border surveillance in the waters close to Italian shores. Operation Triton is not the first Mediterranean operation for Frontex. The European agency has been patrolling the eastern Mediterranean since 2006, through operation Poseidon.

At their meeting on 23 April 2015, EU leaders called for a rapid reinforcement of operations Triton and Poseidon, by at least tripling their financial resources for 2015 and 2016. This reinforcement should allow the operations to increase their search and rescue possibilities, while keeping within the border management mandate of Frontex.

In addition to saving migrant lives at sea, the EU also seeks to target the criminal networks which exploit vulnerable migrants. On 18 May 2015, following instructions by the European Council, the Council agreed to establish an EU military operation, EUNAVFOR Med, to break the business model of smugglers and traffickers of people in the Mediterranean. This decision allowed formal planning for the military operation to start.

On 22 June 2015 the Council launched EU NAVFOR Med, which will be conducted in sequential phases. The first phase focuses on surveillance and assessment of human smuggling and trafficking networks.

On 14 September 2015, the Council adopted a positive assessment, agreeing that the conditions have been met to transition to the first step of phase 2. This will allow to conduct boarding, search, seizure and diversion on high seas of suspicious vessels, within international law. On 28 September, the Political and Security Committee agreed to start the first step of the second phase of the operation as of 7 October 2015. They also agreed to rename the operation “Sophia”, after the name given to the baby born on a ship participating in the operation.

Further readings:
EUNAVFOR Med: Council adopts a positive assessment on the conditions to move to the first step of phase 2 on the high seas
EUNAVFOR Med: EU agrees to start the active phase of the operation against human smugglers and to rename it “Operation Sophia”.
Factsheet EUNAVFOR Med
Operation Commander Rear Admiral Enrico Credendino 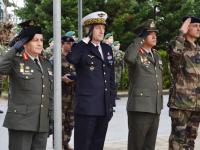