Home / In evidenza / Schulz: Greece must introduce another currency if ‘no’ wins/Varoufakis: referendum an opportunity to vote on austerity ultimatum

Schulz: Greece must introduce another currency if ‘no’ wins/Varoufakis: referendum an opportunity to vote on austerity ultimatum 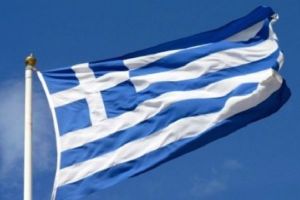 The head of the European Parliament, Martin Schulz, told German radio that Greece would have to introduce another currency if the “no” vote wins in Sunday’s referendum on an aid-for-reforms deal.
“Is Greece still in the euro after this referendum? That is certainly the case, but if they say ‘no’ they will have to introduce another currency after the referendum because the euro is not available as a means of payment”, Schulz told Germany’s Deutschlandfunk radio in an interview broadcast on Sunday and taped on Thursday.
“The moment someone introduces a new currency, they exit the euro zone. Those are the elements that give me some hope that the people will not vote ‘no’ today”.
His comments are some of the clearest made by a top EU official.
Greece’s finance minister says the referendum gives Greeks the opportunity to decide on the austerity “ultimatum” they were handed by other countries in the 19-nation eurozone.
Yianis Varoufakis says the eurozone’s “massive failures” led to demands for more austerity measures that Greeks themselves needed to express their views on. He said the vote on Sunday “gives hope to Europe that a common currency and democracy can coexist”.
Varoufakis spoke as he voted along with his 90-year-old father Giorgos in the southern Athens suburb of Faliro.
This is the first Greek referendum since 1974, when Greeks voted to abolish the monarchy. 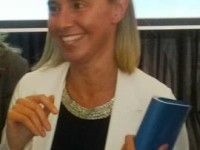 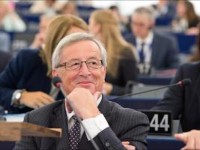 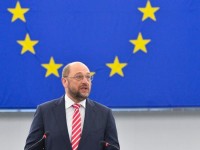