Home / In evidenza / European contribution to global peace and stability 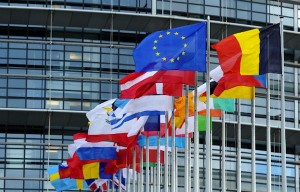 (di Anthony Brown) – All European countries are becoming increasingly irrelevant in the global stage and remain largely ineffective in dealing with the key security topics expected now by the international community.
European countries will inevitably loose prominence (http://europa.eu/legislation_summaries/foreign_and_security_policy/cfsp_and_esdp_implementation/l33238_en.htm) as they are facing demographic factors, low rates of economic growth and increasing energy dependency. This is to say that only if EU stands together; it will be a major power in the twenty-first century.
But to do this, our governments have to interrupt the long postponement of the discussion of EU’s role it wants to play as a credible global actor and the definition of the long term foreign policy objectives and the consequent assessment of the instruments to be applied, in all areas of external action.
As a matter of fact, the two declarations on the ESDP attached to the Lisbon Treaty clearly show that all Member States remain rather averse to pooling sovereignty in the area of security and defence and are still limiting the scope of the new institutions.
On the other hand, a common vision on European security and defence can lead the Union to become a crisis management actor through ESDP, enhancing the European profile for conflict resolution.
European Security and Defence Policy (ESDP) (http://www.consilium.europa.eu/eeas/security-defence?lang=en) has been solicited by the Balkan tragedies and Europe’s inability to act as circumstances required. Since then, ESDP has acquired some experience of crisis management in conflict-prone areas, acting in regions as different as Sub-Saharan Africa, the waters off Somalia and the Caucasus and on Monday, the European Union officially launched a training mission to Mali (http://www.consilium.europa.eu/uedocs/cms_data/docs/pressdata/EN/foraff/135546.pdf).
Now it’s time for the old Continent to carry out a real and thorough assessment of the role it wants to play on the global stage allowing to turn into a modern security provider, through both an enhanced civilian profile and a genuine military element.
The Lisbon Treaty (http://eur-lex.europa.eu/LexUriServ/LexUriServ.do?uri=OJ:C:2008:115:0013:0045:EN:PDF) is central to this process (Art. 42 TEU states that the CSDP “will lead to a common defence, when the European Council, acting unanimously, so decides, in which case it shall recommend to the Member States the adoption of such decision in accordance with their respective constitutional requirements”) since it could mark the beginning of a new age for the EU in international relations representing a window of opportunity and the end of excuses for not delivering.
The EU, therefore, should evolve, by 2020, towards a common security and defence policy (CSDP), as foreseen by the Treaty on European Union providing compliance with demanding objectives in terms of civilian and military capabilities with related progress in defence markets.
Fundamental tasks related to increasing the effectiveness of ESDP include both the Petersberg Tasks – as enhanced by the Lisbon Treaty – with respect to missions outside the Union and the mutual assistance and solidarity clauses in the Lisbon Treaty for potential actions within EU territory. Both need to be implemented in order to further develop the EU as a credible security actor.
To further their common ambitions with respect to military capabilities, Europeans will have to rationalise their defence systems and advance towards more collaboration programmes, common funding, and pooling of resources.
Various European strategy documents and summit declarations have articulated a new set of requirements for military forces creating an opportunity to open up a more strategic dialogue, developing more compatible visions of Europe’s future defence needs and gaining valuable experience in both the military and civilian spheres.
European industry is another important factor in European defence integration through the implementation of the Comprehensive Capability Development Process. The process requires a more integrated approach, a strong Europe-wide collaboration, cooperative research, development and procurement of priority military capabilities requiring medium to large investments and dual-use technologies of medium to high complexity.
EU can be a more relevant and effective global actor on the world stage; the objective for the EU and its Member States must be to be able to project effective power collectively in a coherent strategic framework and with a effective instrument both in its civil and military dimension. 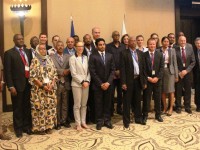