Home / Esteri / India finding its way to the Mediterranean

India finding its way to the Mediterranean 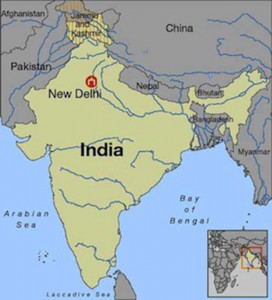 (di Anthony Brown) – Bilateral political relations between India and Italy are warm and friendly. There is a growing realization in Italy of the importance of India especially as an economic partner.
In the specific field of interest we all acknowledge the fact that small and medium entreprises play a key role for the economic growth of every Nation and entrepreneurs in both countries are very keen to learn and obtain new business opportunities from various sectors. According to the Italian Ministry for Foreign Affairs, there are 400 companies operating in India http://www.rapportipaesecongiunti.it/rapporto-congiunto-presenza-italiana Italy is India’s fifth largest trading partner in the EU. Italy is the 12th largest foreign investor in India (0.73% of the cumulative total FDIs to India in the period January 2000 – December 2011). The European countries ahead of Italy in this respect are UK (that ranks 5th), Netherlands (6th), Germany (8th) and France (9th).
Today in Europe Italy has the fourth highest Indian Community after UK, France and Germany. According to the National Bureau for Statistics, in the year 2011 there were more than 120.000 indians living in Italy. In the country there is a general consensus on their very industrious, hard working, and law-abiding character.
The Indo-Italian bilateral trend has been constantly increasing at high rates in last nine years and only due to the global economic recession, in 2009 the trend has registered a negative growth. The bilateral trade crossed for the first time 7 billion Euro in 2010 and 8 billion Euro in 2011.- http://www.indianembassy.it/ From an historical approach we may recall that during the Indian nationalist movement, many Indians studied and learned from Mazzini and Garibaldi. Besides, it was the Italian Embassy that helped Subhas Chandra Bose travel under the name of “Orlando Mazzota” to reach Germany where he recruited Indian prisoners-of-war in Europe and North Africa to form the Azad Hind Fauj to fight for India’s freedom. Further, the relations between the two countries are in the EU general framework. Under this light, the Union and India are seen as forces for global stability, thus having the focus of relations shifting from trade to wider political issues.
The partnership with India reflects the growing importance of these countries both in regional affairs and in global governance (through the g20 and other fora).
To ensure the EU takes advantage of this opportunity, work continued on negotiations for a far-reaching free trade agreement with India and a free trade agreement between the EU and India is expected very soon to provide momentum to bilateral trade, investment and economic cooperation, as well as an impetus for growth for both parties.
Europe is primarily out to win major openings of India’s services sector and broad liberalisation of foreign investment, while India for the moment does not want to discuss allowing European firms to compete in India’s government procurement market.
The bilateral trade between India and Europe stood at US $74.5 billion in 2010 and is likely to touch US $207.6 billion by 2015.
In a broader geostrategic perspective, India is backing the US version of “New Silk Route” concept improving its influence in Central Asia.
As a matter of fact and according to The Hindu newspaper ,“New Delhi has also signed on to an $7.6 billion project to build a 2,000-kilometre pipeline that will bring some 70 billion cubic metres of gas each year from Turkmenistan’s Daulatabad fields to India, via Afghanistan and Pakistan.”
But at one end of the Silk Road Routes you find Europe and India as all other BRIC countries are trying to increase their presence and influence in the Mediterranean.
In all, we could say that as 2000 years ago when two cultures where influencing each other through commerce and cultural contacts, time has come for two to renovate their precious ties for mutual respect and economic and intellectual growth.