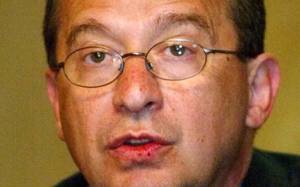 Yiannis Roubatis, a journalist, was appointed chief of the National Intelligence Service (EYP) by Prime Minister Alexis Tsipras on Saturday.
Born in Ioannina, northwestern Greece in 1948, Roubatis holds a doctorate in international relations from the John Hopkins University.
He became a special adviser to Prime Minister Andreas Papandreou for global media following the latter’s rise to power in 1981, and served as government spokesman during the 1987-88 period.
He was elected to the European Parliament with socialist PASOK, serving as an MEP from 1994 to 1999.
In 1987, Roubatis published “Tangled Webs: US in Greece 1947-1967,” a book based on his PhD thesis in which he denounced American administrations and Greece’s postwar conservative parties for their cooperation with US secret services.