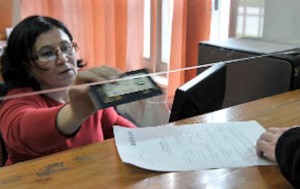 (By Bedrana Kaletovic for Southeast European Times in Sarajevo) – Kosovo’s visa regime programme for citizens of Bosnia and Herzegovina (BiH) was implemented this week in an effort to improve border controls and security.
The requirement, which was implemented on Wednesday (January 22nd), is reciprocal.
To enter BiH, citizens of Kosovo need visas, since BiH has not recognised Kosovo’s independence and has not established diplomatic relations with the country.
BiH and Serbia are the only countries in the region that have not recognised Kosovo’s independence. Disagreement on the issue has split the entities within BiH.
“Republika Srpska [RS] still will not allow BiH to recognise the independence of Kosovo,” said RS President Milorad Dodik.
Other political officials do not agree with the stance.
“It is absurd that the sovereign state of Bosnia and Herzegovina, by the dictation of a minority, cannot have bilateral relations with other countries freely, and with anyone they want,” the Diaspora of BiH Party said in a statement released to SETimes.
BiH citizens need to travel to the Kosovo Embassy in Albania to obtain the visa, which is valid for a 15-day stay. In order to obtain the necessary document to travel to BiH, Kosovo citizens must go to the embassy in Skopje, and the conditions for obtaining them are rigorous.
The standoff threatens to expand the distance between the two countries.
“The system of visa liberalisation must not be at Pristina and Belgrade’s level. The problem of recognition of Kosovo is separate from visa liberalisation. I think it is in the interest of Bosnia and Herzegovina and Kosovo, and the whole region, to settle this in a way that will facilitate the flow of goods, people and capital, without prejudice and political issues,” BiH Minister of Foreign Affairs Zlatko Lagumdzija told SETimes.
Some said the dispute could hurt entrepreneurs.
“Kosovo is one of the few countries with which BiH has a large trade surplus. The largest revenues earned from exports to the Kosovo market are in the metal industry, followed by the chemical industry and timber industry,” analyst Božica Babić wrote.
“We should do all we can so that Kosovo, our most important trading partner, and Bosnia and Herzegovina do not have a delay in the flow of people and goods. At the same time, it is clear that BiH has not recognised Kosovo, but we will do everything we can to find a solution for the problems,” Vjekoslav Bevanda, chairman of the BiH Council of Ministers, told SETimes.
Others supported the programme.
“This is only the legitimate response and reciprocal measures. Nothing else,” blogger Simpatiku wrote.
“It’s called a ‘legal torture’ carried out by the authorities of one country to the citizens of another country. If limits have to exist, they should become bridges, not walls and barriers. Any forcible separation of cultures or communities is closer to the semi-barbarism, and not to humanity,”Saša Gavrić said.
Others in BiH called the programme a political game.
“Non-recognition of Kosovo documents, despite the will of the majority of BiH’s citizens, shows how Republika Srpska and Serbia work insidiously to achieve and protect Serb interests,” Nadira Avdic Vllasi writes.