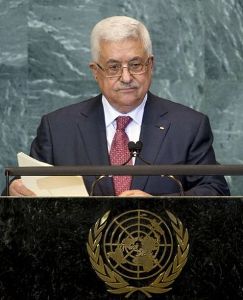 Palestinian Authority is going to submit, presumably by leader Mahmoud Abbas – also known as Abu Mazen – to the United Nations General Assembly the bid to be recognized as a “UN Observer State”. If timeline is respected, the General Assembly should express during 66th Session, planned on 21st of September and after two days the Palestinian President will address the Assembly.
Only in the case that the UN General Assembly expresses its approval with a two thirds vote (129 in favor over 193 States) of the member States, the actual presence of Palestinians within the UN as an entity as Palestinian Liberation Organization (PLO) will be upgraded to the rank of “Observer State”. The hidden strategy of Palestinian leader, Mahmoud Abbas, going directly to the General Assembly, instead to submit the request to become a Member State to UN Security Council, is lead by consideration that it requires the approval of almost 9 States of 15 within the UN and no vetoes, a right that can be exerted by the permanent members (US, Russia, China, UK and France).
It appears likely that the Palestinian Authority bid to be recognized as a member State would face the US veto, already announced by Obama’s administration, which pushes for the renewal of the talks with Israel, broken in september 2010 due to the Israeli authorities decision of the building of settlements in the Palestinian territories.
Therefore, considering that a State can be admitted to join the UN as an Observer State, and never receive the status of Member from the UN Security Council, it is likely that, at the moment, this would be the only pursuable way for the PLO, at least as an initial step.
Said that, the main topic is to draw what could happen for so called “Palestinian People” but it’s really interesting to look forward to try to foreseen possible implications in the regional context and identification of the potential threats.
The recognition as an Observer State, in the context of the UN, could not exclude the application for the “full membership” to be submitted to the UN Security Council. The scenario that could follow from the announced US veto could pave the way to potential demonstrations which should not create a concern for the security, in consideration that Palestinians, having got the recognition of the State, will always have to demonstrate their capability to grant a peaceful cohabitation.
The potential threats, in this context, could be identified in those parties intent on other goals as Palestinian Armed Elements that, losing their ideological justification, as a basis of the existence of their groups (losing the need to attack the “Zionist Enemy”), could plot actions aimed to restore the State ex ante.
From Israel site could start a media campaign aimed at underlining the risk linked with the recognition of the Palestinian State. Moreover, aiming to block the Palestinian project, it is not ruled out that Israel could perform provocative actions, also using “proxy forces” aimed to instigate potential reactions in order to put Palestine in the position of a State not able to cohabitate peacefully, justifying and obtaining de facto an authorization to maintain its forces and institutions in the occupied territories. Last but not least Syria could try to foster sources of tension able to divert International Community’s attention away from its domestic situation in order to definitely quell the requests advanced by the regime’s opponents.
So, taking into account what was said before, situation in Lebanon could be volatile. At the moment for the time being there are no indicators in early september of Palestinians large scale demonstrations along the Blue line, however in case of non favorable solution for the Palestinian declaration of Statehood on september, it cannot be ruled out that violent demonstrations could boost in all “Palestinian Community” that could bring towards two foreseeable scenarios almost.
The first, in case of Observer State recognition considering as an assumption that Lebanon Armed Forces (LAF) will not allow Palestinian movements along the Blue Line, it is possible to suppose that the initial effects of the statehood bid should be localized inside Palestinian Refugees Camps or at most could lead to authorized demonstrations in areas to be still defined North of the Litani river. Lebanese authorities, and in particular Hezbollah, which already expressed themselves as favorable to the recognition of the State of Palestine, will have all the interest in maintaining the situation under control, so avoiding events that happened before (see NAKBA Day) or escalations in tension able to affect the ongoing balance of the domestic security. 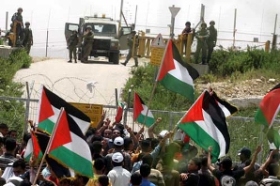 Fatah will be particularly engaged in hindering sources of threats laying inside refugees camps, which could be able to show the Palestinian people as not deserving of the recognition of their State within UN. Nevertheless, it cannot be ruled out that isolated elements could elude the surveillance of the security forces and carry out demonstrative actions against Israel or representatives of the International Community in order to reach goals linked to the group’s needs. As for this, moreover, the IED/VBIED threat has to be considered high on the wake.
Given all of the above, there may be implications for Unifil in the area of operations and there is the possibility that the security environment would be affected possibly by rocket launching. Considering that Israelis perceive this period as particularly sensitive and the attention along the Blue Line could rise, particular actions by Israely Defence Forces could be wrongly interpreted and thus lead to an escalation in tension with the LAF.
The second, denial of Observer State recognition could bring to a harsh escalation in tension in the whole Region. It could be expected the possible increase in number of attacks towards Israel. In such a scenario, Syria could exploit this situation attacking Israel through the Golan Heights by means of Palestinians living there, exploiting their feeling of frustration and anger, with the aim of diverting International Community’s attention away from its domestic developments. Shifting the attention in Lebanon refugees camps, these ones could be considered as more sensitive spots and demonstrations are not ruled out to occur both inside and outside them. Among these camps terrorist armed groups or elements should be more motivated in carrying out hostile actions against Israel, from rocket launching areas within South of Lebanon, and also against offices of the United Nations, Unifil included. Fortunately this awful scenario is less probable in Lebanon actually. 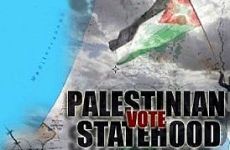