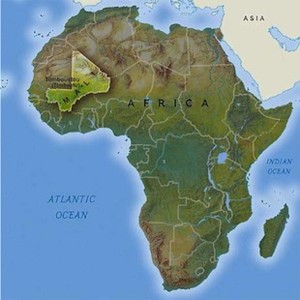 (di Anthony Brown) – The EU recognizes the inextricable links between security and development and sets this principle in motion in the Sahel region. By committing to act simultaneously in both areas, the EU endorses the “comprehensive approach” concept.
As a matter of fact, the fragility of governments impacts on the stability of the region and the ability to combat both poverty and security threats, which are on the rise. And poverty creates both inherent instability that can impact on uncontrolled migratory flows and a support of the local population to AQIM attacks in the region and its drug and other criminal trafficking destined for Europe.
With the turmoil in North Africa in 2011 and the fall of the Kadhafi regime, instability in the region has spread to the whole region. Indeed, waves of refugees and former fighters, proliferation of weapons, absence of strong borders monitoring are provoking pressure on resources and environment and raise insecurity.
The security threat from terrorist activity by Al-Qaida in the Maghreb (AQIM), which has found a sanctuary in Northern Mali, is focussed on Western targets and has evolved from taking money to taking life, discouraging investment in the region. AQIM resources and operational capacities are significant and growing. The Sahel region is a safe haven for AQIM and criminal networks who take advantage of internal tensions, poverty and is gaining more and more popular support as it provides social services where the State is absent.
In fact, deteriorating security conditions pose a challenge to development cooperation interaction between various factors such as poverty, social exclusion, unmet economic needs and radical preaching bears the risk of development of extremism (An interesting note on the situation in Mali with its recent development of the crisis can be found at http://www.peaceau.org/uploads/cps.concept.strategique.pdf).
Western Intelligence Services fear the creation of a terrorist arch in the semiarid region of Africa between the Sahara to the north and the savannas to the south, extending from Senegal and Mauritania on the west, through Mali, Burkina Faso, Niger, N Nigeria, Chad, and Sudan, to Ethiopia and Eritrea on the east with an alliance between AQIM – active in the Sahel –, Boko Haram – active in Nigeria – and the Shebab – present in Somalia and even in Kenya. This is possible through its extensive financial resources from hostage ransoming, arms trafficking and drug smuggling and the topography of the Sahel that is mainly flat as the region mostly lies between 200 and 400 meters in elevation, except for some plateau and isolated mountain ranges.
Management of the trans-Saharan trade is not a recent As a matter of fact it was a central feature of the Mali Empire, as well as of its predecessor (Ghana) and successor (Songhai); caravans had plied the desert sands for centuries before the rise of the West African states. By the twelfth century, West African gold and other products, such as so-called Moroccan leather, which actually came from the Hausa area of northern Nigeria, were supplied to Mediterranean markets and found their way to the fairs and markets of such places as Normandy and Britain. A prolonged series of droughts, diminishment of the alluvial sources of gold, and repeated attacks by North African peoples trying to control the lucrative caravan trade combined to bring about the disintegration of Ghana and the disruption of trade at the end of the eleventh century.
In the place of Ghana, the even greater empire of Mali developed from the conquest and union of several smaller states. It has been estimated that during the time of the Mali Empire, West Africa produced and supplied almost two-thirds of the world’s gold. At its height, the Mali Empire covered much of West Africa.
The Sahelian and Saharan towns of the Mali Empire were organized as both staging posts in the long-distance caravan trade and trading centers for the various West African products.
Nowadays, to secure lawful trade and communication links (roads, pipelines) across the Sahel, North-South and East-West, and to protect existing economic interests and create the basis for trade and EU investment, EU cooperation strategies under the European Development Fund (EDF), agreed with Mali, Mauritania, Niger and ECOWAS focusing on political and economic governance, institutional capacity building, and regional integration were put in place. The strategy with Mali focuses in particular on the economic development of the northern and Niger River inner delta regions.
Fighting terrorism, organized crime and addressing fragile states are priorities identified in the European Security Strategy (A Secure Europe in a Better World, European Security Strategy, 12 December 2003 http://www.consilium.europa.eu/uedocs/cmsUpload/78367.pdf, 2008 Report on the Implementation of the European Security Strategy, Providing Security in a Changing World http://www.consilium.europa.eu/uedocs/cms_data/docs/pressdata/en/reports/104630.pdf), the EU Council Conclusions on Security and Development (2831st EXTERNAL RELATIONS Council meeting, Brussels, 19-20 November 2007, http://www.consilium.europa.eu/uedocs/cms_Data/docs/pressdata/en/gena/97157.pdf), the Internal Security Strategy (http://register.consilium.europa.eu/pdf/en/10/st05/st05842-re02.en10.pdf) and the Stockholm Programme (The Stockholm Programme – an open and secure Europe serving and protecting citizens (2010/C 115/01). As outlined in the EU Counter-Terrorism Strategy ( http://register.consilium.eu.int/pdf/en/05/st14/st14469-re04.en05.pdf), the EU’s commitment is to contribute through its external action to global security and to promote the UN Global Counter-Terrorism Strategy Combating illicit trafficking of cocaine produced in Latin America and smuggled to Europe via West Africa is a priority for the EU, which has launched important initiatives in this area.
Following the changes introduced by the Lisbon Treaty in 2009, the EU has its own foreign and security policy, enabling it to speak – and act – with a single voice in world affairs. The EU as a matter of fact plays an important role in global affairs – and its weight is growing as EU countries increasingly make collective foreign policy decisions.
It is time for Europe to have a more coherent an cohesive policy in Western Africa.