Home / In evidenza / Who was against Prime Minister Hariri?

Who was against Prime Minister Hariri? 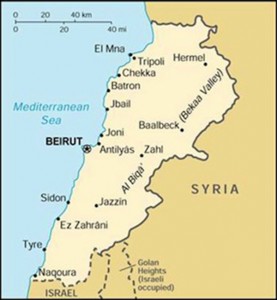 (di Anthony Brown) – The proxy battles fought by Arab states on Lebanese soil have prevented the country from growing and achieving a political unity that would guarantee stable governments dedicated to social changes such as the redistribution of wealth, the balance of socioeconomic development. Political parties still form alliances and coalitions, usually temporary and subject to shifting issues.
In the last decades, this has paved the way for Islamist (fundamentalist) groups in Lebanon to become a significant force giving them a wide cultural influence. But Islamists constituencies in the Muslim community remain segmented. Damascus firmly supported the confessional idea preventing from expanding by its support of the confessional formula, which is a good way to hinder the establishment of an Islamic order. Damascus has used the Islamist organizations only as a means to pressure Israel keeping an open front through the Lebanese border and encouraging attacks by Hizbullah or Palestinian proxies but preventing them from representing a threat at the same time.
Observers speculate that Syria wants to maintain influence over Lebanon and Lebanese affairs, particularly foreign and defense matters, to deny Israel influence over Lebanon. And the interference in the internal Lebanese matters is better explained in the “Report of the Fact- Finding Mission to Lebanon inquiring into the causes, circumstances and consequences of the assassination of former Prime Ministe Rafik Hariri, 25 February – 24 March 2005”, better known as the FitzGerald Report which was ordered by the aftermath of the PM assasination: http://domino.un.org/

“The Government of the Syrian Arab Republic clearly exerted influence that went beyond the reasonable exercise of cooperative or neighbourly relations. It interfered with the details of governance in Lebanon in a heavy-handed manner”.
The Lebanese government of President Ilyas Hirawi and Prime Minister Rafiq al-Hariri had to a certain extent succeeded in accommodating sectarian interests. The lack of unity among Islamists has made them weaker and prevented any group from capturing political power. Only Hizbullah has managed to a certain extent and with the contribution of Iran to increase its constituency, due mostly to its social welfare services.
Most executive national leaders that emerged in countries and who were able to unify the country came to prominence by their assertion of national identity against foreign dominance. The outcome of the Syrian crisis could represent a possible opportunity for a new course in the Lebanese political arena.