Home / Difesa / Anti-piracy exercise carried out in the Seychelles

Anti-piracy exercise carried out in the Seychelles 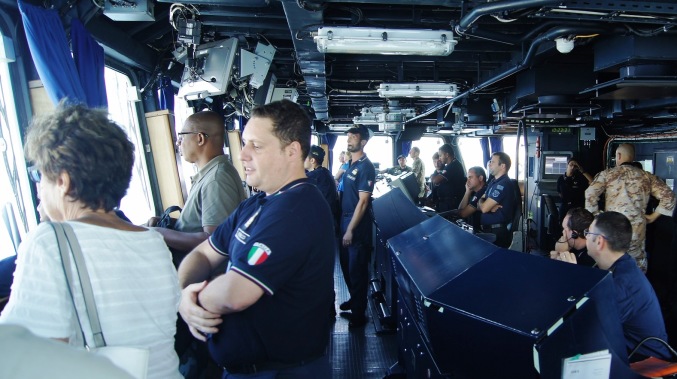 A counter-piracy exercise was carried out jointly by the Seychelles Coast Guard, Air Force and Police together with the EU Naval Force Somalia – Operation Atalanta, and the EU’s civilian maritime security capacity building Mission, EUCAP Nestor.

The purpose of the exercise was twofold; firstly, to practice cooperation between the Coast Guard, Air Force, the Police and EUNAVFOR Atalanta a joint counter-piracy operation, and secondly to test procedures and routines linked to effective processing of suspected pirates and evidence handling at sea. This to secure compelling evidence that subsequently can be used by prosecution when prosecuting the suspects in court.

The Italian flagship ITS Andrea Doria representing EUNAVFOR Atalanta took part in this exercise to test the communication and cooperation between EUNAVFOR and Coast Guard while also providing security on the water and in the air during the boarding operations conducted by the Seychelles Coast Guard.

The exercise involved the boarding of a suspected pirate skiff that had attacked a local fishing boat. The ‘pirates’ were disarmed and taken into custody, along with evidence from the skiff and subsequently the Seychelles Coast Guard handed over the pirates and evidence to the Police Force represented by police officers from the Maritime Police Patrol unit.

In the past two years, EUCAP Nestor has provided basic and advanced training to the SCG, the Police and Air Force on evidence handling and investigation techniques to be prepared for this kind of situation. Embedded court experts and legal workshops connecting prosecutors and law drafters from around the region have also been organized to cover all parts of the process “from crime to court” and to be well prepared to handle piracy and other maritime crime.

“The Seychelles is a showcase for the region in maritime security and counter-piracy and despite the number of pirate attacks may have been reduced significantly the most recent case at the Court of Appeal 12 December 2014 where three Somalis prosecuted for Piracy were all acquitted due to lack of evidence demonstrates the importance of training counter-piracy operations and procedures to securing compelling evidence to successfully prosecute pirates. “ said Bo Holtse Head of EUCAP Nestor Country Office in the Seychelles.

Representatives from international agencies operating in the Maritime Security domain in the Seychelles together with officials from the Chief Justice office and the Attorney General´s office were on board the EUNAVFOR Atalanta ship, receiving the pirates and evidence; this to witness the operation and provide feedback on the exercise as to the fact that evidence collected being admissible in court.

On completion of the exercise, the EU Force Commander Rear Admiral Guido Rando, onboard the Italian Flagship ITS ANDREA DORIA, stated, “Piracy has not disappeared, it is merely contained and so we must not be complacent.
The drop in piracy is very much welcomed, but the EU Naval Force recognises that the current low-level of piracy activity could be reversed if the International Community is to become complacent to the on-going threat. The security situation in and off the coast of Somalia has improved but not changed sufficiently enough and the pirate kingpins’ business model is fractured, but not broken.
It is widely recognised that the only way to eradicate piracy permanently in the Somali basin is by assisting the Somalis and other regional nations to strengthen their means to fight piracy ashore and at sea. The EU Naval Force is part of the Comprehensive Approach and we are working with EU sister missions, such as EU CAP Nestor, to strengthen regional states’ maritime security and capabilities.The EU is helping the regional navies/maritime authorities to enhance their maritime capabilities to fight piracy and this is one of the things we are most proud of.”

“Evidence must be collected in a proper manner as this is crucial to successful convictions. “Said Lieutenant Colonel Simon Dine, Commanding Officer Seychelles Coast Guard.
“These exercises are extremely valuable as they provide the opportunity for the Coast Guard, Police and Air Force to practice routines and procedures i.e. interagency cooperation and evidence collection that combined will enable prosecution to develop compelling cases against pirates appearing before the Court, here in the Seychelles.” 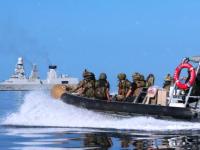