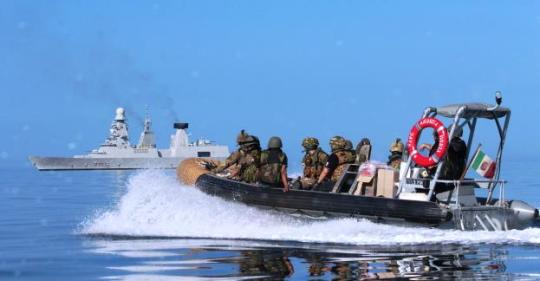 The Council has extended the EU’s counter-piracy Operation Atalanta by two more years, until 12 December 2016. The Operation’s main focus is the protection of World Food Programme vessels delivering humanitarian aid to Somalia; and the deterrence, repression and disruption of piracy off the Somali coast. In addition, Operation Atalanta contributes to the monitoring of fishing activities off the coast of Somalia.
Despite the significant progress that has been achieved off the coast of Somalia since the operation was launched in 2008, it is widely recognised that the threat from piracy remains; the pirate business model is fractured but not broken. The Council has therefore added certain secondary tasks to the Operation’s mandate. EU Naval Force will now contribute, within existing means and capabilities, more widely to the EU’s comprehensive approach to Somalia, including in support of the EU Special Representative for the Horn of Africa. It will also be able to contribute to other relevant international community activities helping to address the root causes of piracy in Somalia.
In this respect, the operation could, for example, provide logistical support, expertise or training at sea for other EU actors, in particular the EU mission on regional maritime capacity building (EUCAP NESTOR). In addition, Operation Atalanta can also support the EU Training Mission (EUTM) Somalia.
“EU Operation Atalanta has considerably helped in reducing piracy off the Somali coast. We must maintain the pressure on pirates to help ensuring security in the Horn of Africa. This is in our mutual interest”, EU High Representative for Foreign Affairs and Security Policy Federica Mogherini said. “The EU Naval Force will now also contribute to addressing the root causes of piracy,” she added.
The common costs of EU Naval Force for the two years 2015 and 2016 are estimated at €14.7 million. The operation is currently commanded by Major General Martin Smith MBE of the UK Royal Marines. Together with 21 EU member states, two non-EU countries currently contribute to Operation Atalanta. 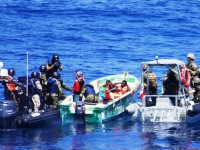 Anti-piracy exercise carried out in the Seychelles
gennaio 8, 2015
Avatars by Sterling Adventures