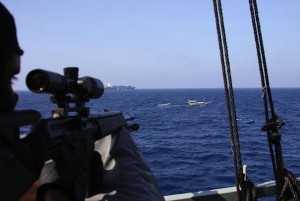 The EU will provide some euro 37 million to strengthen the fight against piracy in several Eastern and Southern African countries through support for the Programme to promote Regional Maritime Security (MASE).
In the past decade, the level of maritime insecurity in the region’s waters has become the highest in the world, undermining development and affecting the wellbeing of millions of people.
The EU has been present in the region already since 2008 to address the deteriorating situation and to harden ships against attack. Thanks to these efforts piracy has decreased from 299 attacks in 2011 to 111 in 2012 (a reduction of over 62%), while the number of hijackings dropped from 25 to 12. So far, attacks remain at this low level in 2013. Yet the situation remains reversible.
“This new European support marks a step forward in the fight against piracy because it demonstrates the EU’s on-going commitment to combatting this complex problem. Strengthening security in the maritime routes is crucial for us because it will help boosting trade and growth in the region, which would enormously improve people’s lives.” said Development Commissioner Andris Piebalgs.
“This new funding is another sign of our commitment to stamping out piracy. It forms part of our comprehensive approach to assisting countries in the region, which means that we deal with the causes as well as the symptoms of piracy. We have made huge strides over last few years, and this money will help to build on the progress we have made by strengthening legal systems, improving financial controls and training young men to find alternatives to piracy.” said High Representative Catherine Ashton.
The new programme will help to develop the legal and judicial system of countries in the region, so that they are better equipped for the arrest and transfer of pirates. Financial oversight systems will also be strengthened, by providing training for the authorities to prevent the movement of funds contributing to, or resulting from piracy. Capacity-building (for example, sharing expertise and implementing training), and providing material logistic support on security, will help to improve surveillance and patrol of the coastline.
In Somalia, in particular, the programme will also carry out anti-piracy awareness campaigns in areas where piracy is prevalent; as well as providing vulnerable groups of young men with training so that they successfully pursue alternative vocations. In this way, Somali administration and communities will be helped to initiate home-grown solutions to these problems.
Background
The MASE programme is part of a wider package of development and political efforts by the European Union in Somalia and the Horn of Africa region. EU support to the region has enabled the African Union Mission in Somalia (AMISOM) to reach its total strength of 17,731 uniformed personnel, and access to basic, primary and secondary education for more than 40,000 students since 2010.
Some EU programmes addressing piracy and armed robbery in the region include: the European Union Naval Force (EUNAVFOR Operation ATALANTA), and the implementation of Best Management Practices, or BMPs, (self-protection measures guidelines to reduce the threat of Somali piracy), the Instrument for Stability Critical Maritime Routes Programme projects for the Western Indian Ocean, in particular through information sharing and maritime law enforcement capacity building; as well as the EUCAP Nestor Mission on Regional Maritime Capacity Building.
This programme follows on from an initial preparatory MASE project, which was approved at the end of 2011, and is being financed from the 10th European Development Fund, under the Eastern and Southern Africa and Western Indian Ocean (ESA-IO) region. It involves countries belonging to four regional organisations (COMESA, the EAC, the IOC and IGAD). 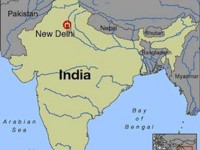 India finding its way to the Mediterranean
ottobre 28, 2012 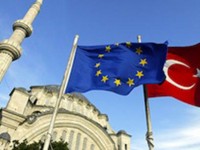 Turkey: a growing factor for the stability in the Mediterrenean region
ottobre 22, 2012
Avatars by Sterling Adventures