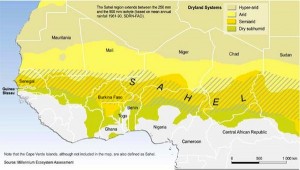 (di Anthony Brown) – Civil wars, terrorism, piracy, organized crime, the international drug trade and the movements of migrants and refugees all impact Europe directly.
The growing virulence of al Qaeda in the Islamic Maghreb (AQIM) has heightened concerns of instability across the Maghreb and Sahel. In recent years, AQIM militias have conducted operations across wide swaths of northern Mauritania, Mali, Niger, and southern Algeria. Thus drawing West African countries into complex and volatile missions that require capacities and resources to address them that are out of availability for these countries that rank at the bottom of the 2011 UN Human Development Index http://hdr.undp.org/en/data/profiles/ .
And AQIM is taking advantage of Sahelian states’ inability to exercise effective control over their territory and has entrenched itself hoping to conduct new operations in North Africa in the near future.
AQIM is a direct consequence of the Algerian civil war dating back to the 90s. However, under intense pressure from Algeria, it was unable to maintain a high operational tempo. AQIM has since been most present and active in the western Sahel—a largely desert and sparsely populated region that spans the borders of Algeria, Mauritania, Mali, Niger, and parts of Chad.
Many of the Tuareg communities in the Sahel have tried to keep their distance from AQIM and its criminal activities, that sometimes represent the only way to survive due to the cronic poverty and economic opportunities.
As stated in the 2012 World Drug report, criminal groups of various West African, often led by Nigerians, have become deeply involved in the cocaine market in many Western European countries. http://www.unodc.org/documents/data-and-analysis/WDR2012/WDR_2012_web_small.pdf
The threat in the Sahel is best described as narcoterrorism. The criminal nature of the group, with its heavy engagement in drug and arms trafficking http://carnegieendowment.org/2012/09/13/organized-crime-and-conflict-in-sahel-sahara-region/dtjm have turned also Northern Mali as a storage point for much of the cocaine that transits the region.
A a matter of fact, there is evidence of collaboration between AQIM and Boko Haram, the Nigeria-based radical Islamist organization that has been responsible for a growing number of violent attacks including the suicide bombing in the country. Nigerian intelligence services have reported that some members of Boko Haram were recruited by an Algerian, Khaled Bernaoui, and trained in a southern Algerian camp as far back as 2006.
AQIM by operating in border regions to conduct or plan attacks in one state before fleeing into a separate jurisdiction exploiting the lack of clarity in regulations of the right of cross-border pursuit as well as the lack of coordination between the security forces of the different countries facing this problem. Determining a precise regional policy regarding the right of pursuit and the sharing of information between the intelligence services would undermine AQIM’s ability to exploit borders to its operational advantage.
The Economic Community of West African States and http://www.ecowas.int/ the African Union http://www.au.int/en/ can provide a venue and leadership to harmonize policies and institutionalize information-sharing and cross-border judicial cooperation.
Joint border patrols could also enhance coordination and familiarize security services with AQIM cross-border tactics as it is happening in the deeply forested area of Sierra Leone Liberia and la Cote d’Ivoire by UNIMIL troops. As seen in Mauritania and northern Mali, governments continue to rely on conventional military means to respond to small and highly mobile AQIM units.
Algeria, on its side, has strengthened its military presence along its southern border http://www.northafricaunited.com/Algeria-Military-Movements-in-the-South_a2614.html .
All in all, the Sahelian states were not able to prevent jihadists from spreading out in the entire region in the recent years and the development of the African Peace and Security Architecture, as defined at the joint Africa – EU strategy (JAES), adopted in December 2007, relies on an increased engagement of the international community in general and the EU in particular.
Besides, the economic, social, and political dimensions are in­tertwined with stability in the region suggesting that a one-dimensional military focus would not ease the situation.
European Union, the United States, and other donors are providing assistance, communications capacity, and training to restruc­ture and improve security forces and livelihoods within the Sahel although a commitment based on a comprehensive approach of all actors and the enforcement of regional policies is needed now more than ever. 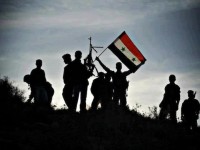 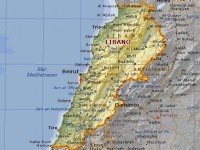