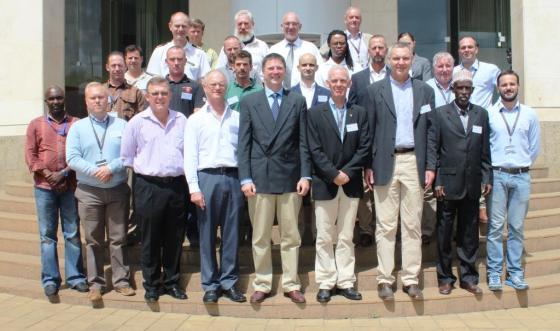 The workshop was aimed to improve information sharing and coordination on Counter-IED actions in Somalia, and was chaired by Colonel Anders Svennson, the Deputy Mission Commander of the EUTM Somalia, who welcomed the participants explaining aims and modality of the workshop and remarking that this was the first time that all actors working on counter IED in Somalia sit all together in the same room.

The discussion that took then place was mainly focused on technical issues related to the daily challenges faced by international actors, and mainly Somali security forces, reporting processes on IED, IED protection research, identification of exploitation processes and solutions. Furthermore, all the participant stressed the need to work not only with the Somali security forces and with the Somali civil society.